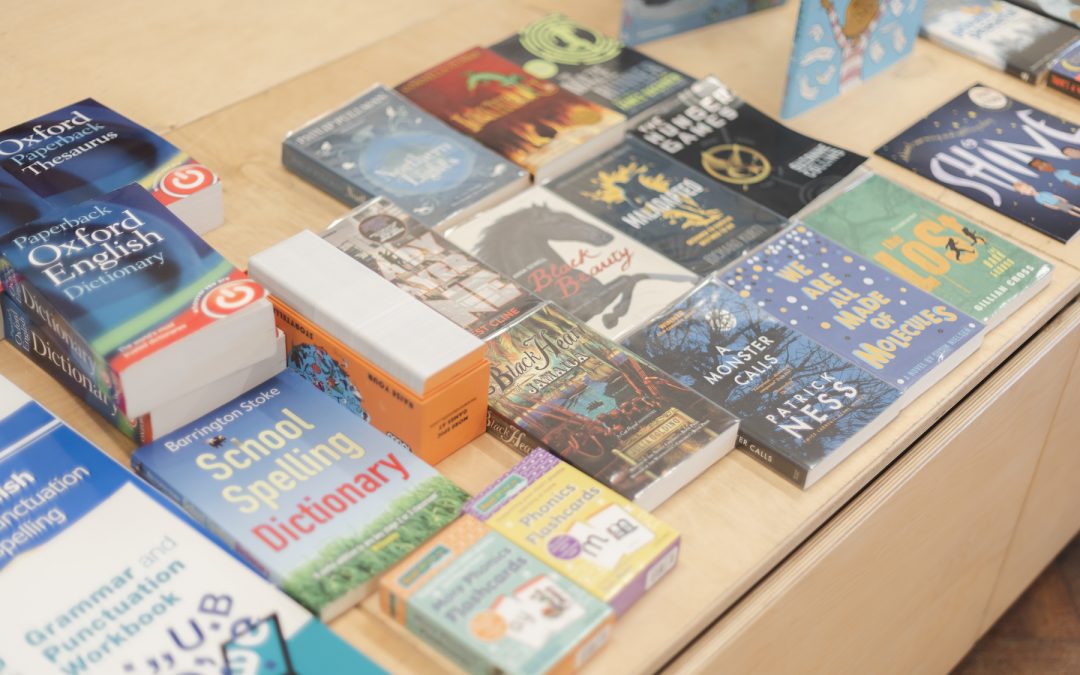 For the GCSE English Language fiction paper, each question asks you to demonstrate a different skill.

Question 2 asks you to comment on the language techniques used by the author.

There are quite a few language techniques, but the main ones can be found in the mnemonic SOAPAIMS.  This stands for:

Other handy techniques that do not fit neatly into this mnemonic are:

There are steps to getting the most out of these techniques.

Ok, let’s look at them all individually.

Simile: comparing one thing with another usually including as or like as you compare.

For example: “Hard and sharp as flint, from which no steel had ever struck out generous fire.” A Christmas Carol by Charles Dickens

Onomatopoeia: when words sound like the sound they are making.

For example: “The wheels of the coach creaked and groaned as they sank into the ruts of the road…” Jamaica Inn by Daphne Du Maurier

For Example: “There was a grumbling sound and a clanking and jarring of keys.” The Sign of the Four by Arthur Conan Doyle

Alliteration:  when there are lots of the same sounds in words, usually (but not always) at the beginning of words.

For example: (sibilance) “…secret, and self-contained, and solitary as an oyster.” A Christmas Carol by Charles Dickens;

For example: (alliteration) “She’d lost count of the number of close calls she’d already clocked up.” The Eye of the North by Sinead O’Hart

Personification: when you give inanimate objects human characteristics.

For example: “You try to scream, but terror takes the sound before you make it. You start to freeze as horror looks you right between the eyes.” Thriller by Michael Jackson

For example: “The man had a face made of right angles: a jutting nose and wrinkles in angry places, deep enough to cast shadows in the dark.” The Wolf Wilder by Katherine Rundell

For example: “…the snake was level with him, and then, incredibly, miraculously, it was passing…” Harry Potter and the Goblet of Fire by J.K. Rowling

Imagery: a combination of features to heighten a mental image.  This often includes at least one sensory description.

For example: “And what a dazzling sight it was! The moonlight was shining and glinting on its great curving sides, turning them to crystal and silver. It looked like a tremendous silver ball lying there in the grass, silent, mysterious, and wonderful. And then all at once, little shivers of excitement started running over the skin on James’s back.” James and the Giant Peach by Roald Dahl

Metaphor: when a noun is used to substitute another noun saying one thing is something else.

For example: “The sun in the west was a drop of burning gold that slid near and nearer the sill of the world.” Lord of the Flies by William Golding

For example: “But soft, what light through yonder window breaks? It is the east, and Juliet is the sun!” Romeo and Juliet by William Shakespeare

Repetition: repeating a word or phrase for effect

For example: “There are millions and millions of Eva Smiths and John Smiths still left with us, with their lives, their hopes and fears, their suffering, and chance of happiness, all intertwined with our lives, with what we say and do.” An Inspector Calls by J.B. Priestley

Symbolism: when something stands for something else.

For example: “We caught the one clear glimpse of it, and then the match flickered and went out, even as the hope had gone out of our souls.” Hound of the Baskervilles by Arthur Conan Doyle

Synaesthesia: a figurative use of words and phrases that stimulates more than one of the senses. 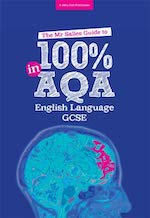 Red Bird is not affiliated in any way with Mr Salles – just a fan! 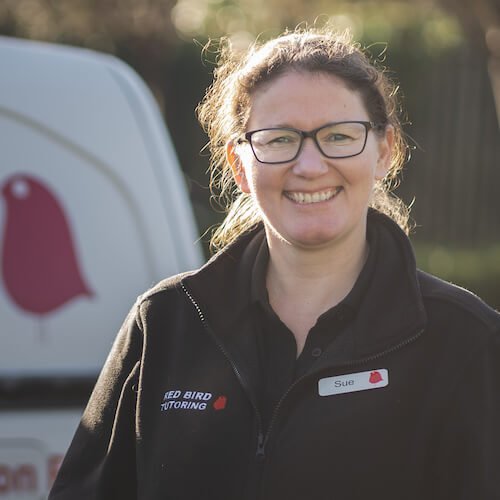 Sue launched Red Bird Tutoring in 2018, combining her 20+ years experience as a teacher and school leader with her interest in coaching.

Since its launch, Red Bird has helped hundreds of learners achieve success!

MORE FROM OUR BLOG 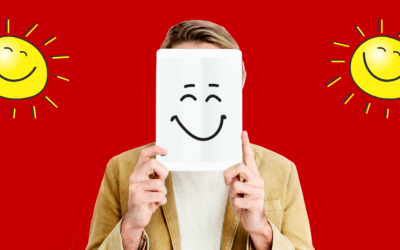 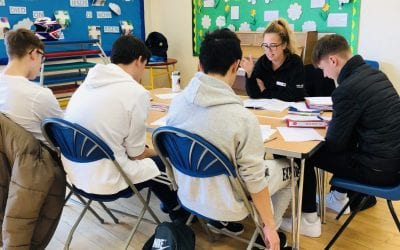 Getting to Grips with the GCSE Power & Conflict Poems 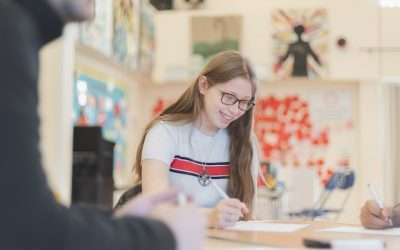 Women in STEM: Meet the Experts 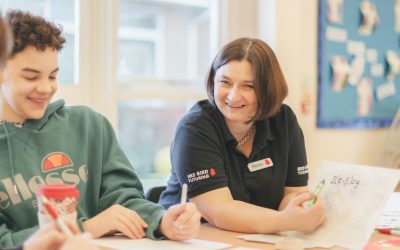 Women in STEM: Meet the Tutors 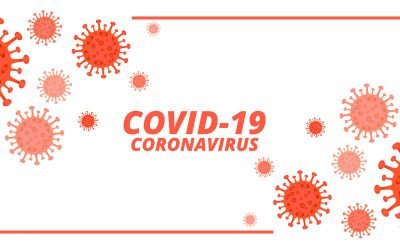 This month (February 11th) sees the United Nation's International Day of Women and Girls in Science. Whether studying STEM subjects at university or... 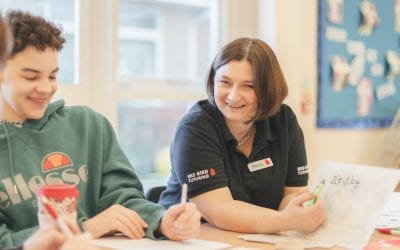 Now is the time!

With Christmas behind us, the days are getting longer and spring starts waking nature up again.  And, of course, your child is now in the same...

Underlying our drive to help people face the world with more confidence is that we coach them to be happier generally. Lots of us hold a golden future when we will be happier: when we are thinner; when we earn x amount of money; when this or that.  It can become a...

Getting to Grips with the GCSE Power & Conflict Poems

The Power and Conflict anthology is by far the most popular of the two that can be chosen by schools. It’s made up of 15 poems drawing on various experiences of wars/conflicts and the power of humans and nature on our world.  The poems are a mix of modern and...

Women in STEM: Meet the Experts

In our last few blogs, we featured women working in STEM who were at the forefront of the fight against COVID as well as some of our very own Maths and Science tutors. In this post, we feature some of the wonderful women we work with and look to the future of STEM by... 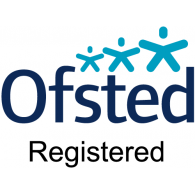 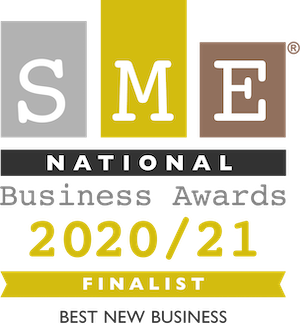